With the last of this years crop emerging from the airing cupboard, I got my new vacuum packing machine out and with a big, custom made bag…

Back in the game….

Just got the stainless steel out again…

We got the last two bines of Fuggles hops in this weekend.

Time was definitely running out as autumn encroached and the cones neared late middle-age.

Two plants remained, those occupying the west and north corners of the Fuggles pyramid. The west facing plant provided far more cones, on a thicker stem that were less mature than those on the north facing plant, the cones of which had already started to turn over ripe. I hadn’t expected to see such a difference due to orientation to the sun.

Abergavenny Food Festival yesterday so harvesting had to wait until today & it rained… all day, without a pause.

So next week harvesting will conclude (weather permitting)… 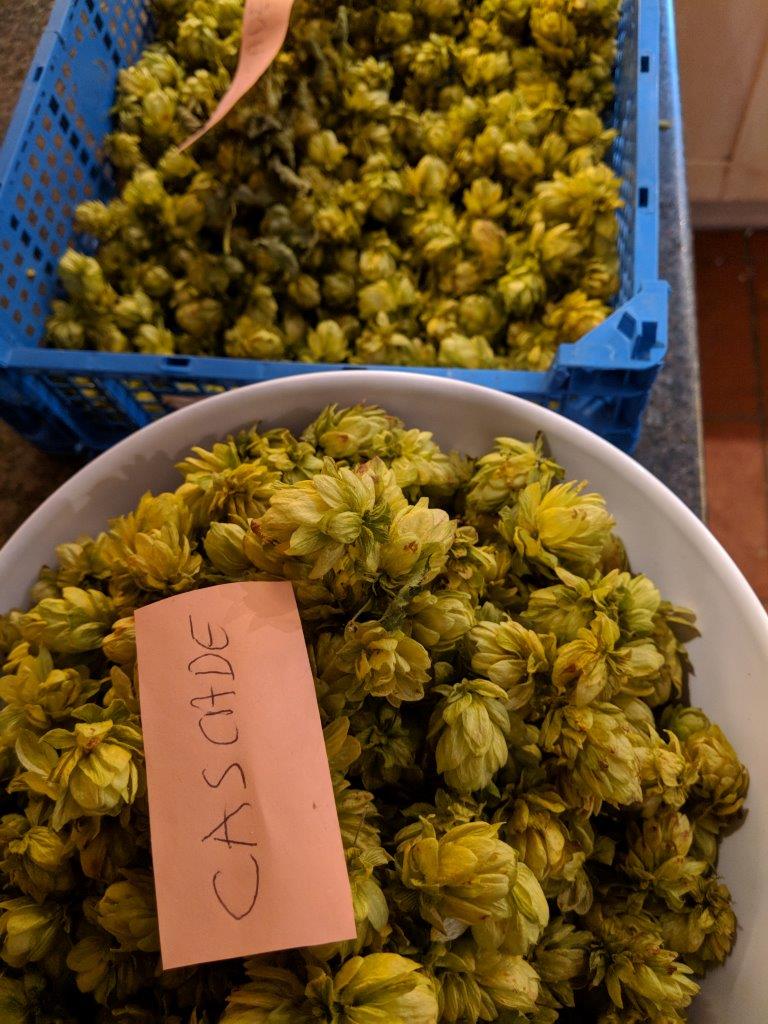 Damn it! Forgot to weigh my hops before starting to dry them…

So four days in the airing cupboard and my Fuggles have proven themselves way more impressive in terms of yield ~ just over 1kg of partially dried cones from two plants in comparison to 100g give-or-take from my four Cascade plants.

But ohhh… the smell of those Cascase hops makes any amount worthwhile.

We’ll harvest the rest of the Fuggles this weekend & remember to weight them.